Another Lync 2013 for Android update

I was quick to log into play with my device, only to discover I have a unit still not supported (but yes, it might be getting a bit old by now) 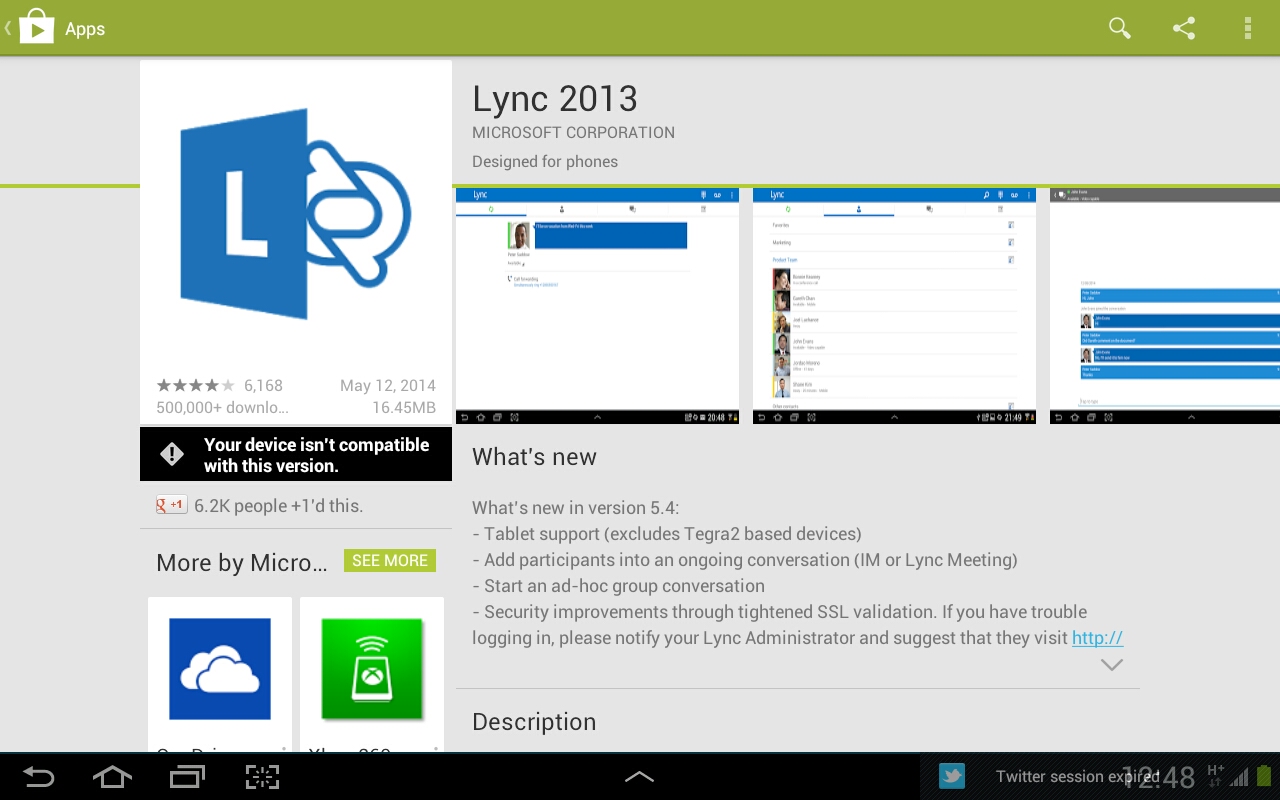 For those of you (like me) who still have an unsupported version, I have once again updated my original post with the newest build available for download right here: http://tech.rundtomrundt.com/2013/04/making-lync-2013-work-on-your-android.html

I have installed it myself, and found it to be working just fine.
Android Lync mobile client