on June 30, 2014
Recently, I ran into what seems to be an undocumented limitation in the SBC2000's from Sonus.

I have a customer who wanted to do billing based on a subscriber-ID from the telco provider. In order to do so, we created a lot of transformation rules to catch different number ranges based on calling number and then populate a "SG User Field" with a pre defined string. 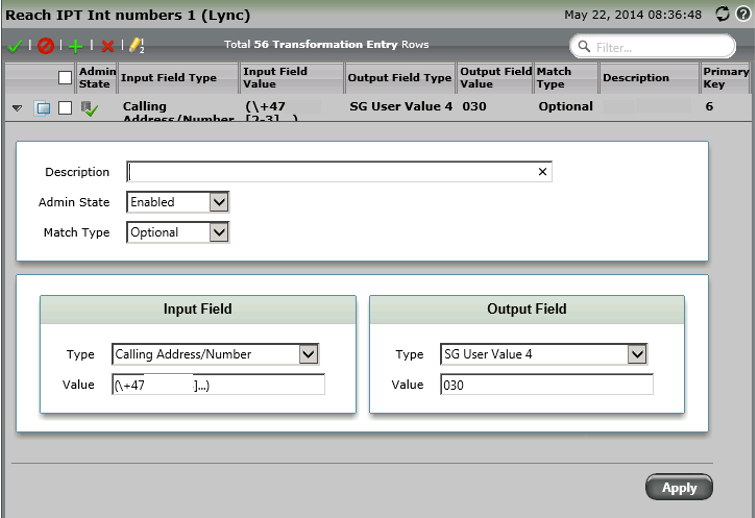 On the outgoing trunk, we enabled header manipulation to add a diversion header populated with the subscriber-ID we wanted to bill the call to (a call without the diversion header would be blocked by the telco).

To set the the correct diversion header, we created a series of conditional rules and header manipulation rules.

At first it all seemed to work fine, but then failed calls were reported, and we could not figure out what was wrong. It seemed like random errors, but it soon turned out to be related to certain calling number ranges.

All failed calls had a conditional rule and a matching header manipulation rule way down in the list of rules. A thought struck me, and I moved the failing rules to the top. This resulted in an instant success, but new users now reported failed calls. Again, these failed attempts came from users related to lists at the bottom. 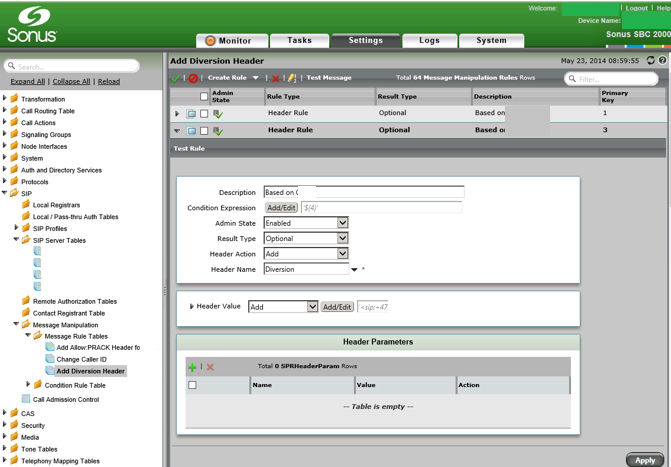 We opened a tac at Sonus, and soon learned there is a limit of 32 rules within the SBC (a close look at the fig above will reveal 64 rules ) . As soon as we trimmed the lists to be less than 33 rules, all calls were successful.

I have not been able to find this limitation in the official documentation from Sonus, but hopefully it will soon be updated. I am also surprised it is possible to create more rules than the Sonus can handle. It would make more sense to me if the creation of the 33 rule failed in the interface, than for me to discover the limitation by "accident".

I'm hoping the interface gets an update to reflect the limitation, or a change to allow for more rules to be created.

So if anyone else out there is trying the same "crazy" thing as me, to have more than 32 rules within a Message Rule, please don't it won't work ;)