on April 29, 2015
The release of Skype for Business Server for On-Premise is just around the corner, and as a preparation for the release, I am going through my Lync 2013 backup script and verifying the commands and version checking for SfB.

As I am upgrading the script for SfB, I am also introducing a couple of new features. Here is a sneak peak of what to expect in the new version.

Select you own password for Private Key protection
When the script is run, the previous version set the password of all certs to "secret". This is now a parameter which you may (and should) change. Simply run the script with the -CertPass option 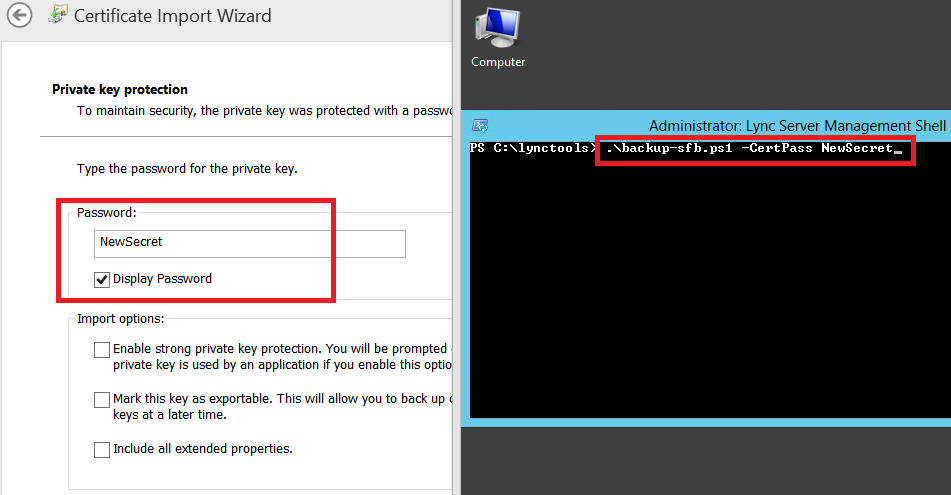 Send an Email report after the script has been run
Although the script can be run manually, I usually configure a scheduled task to do it for me every (day, week, month or what you prefer). I have now added a function which will send you an email with a brief transcript of the backup. This requires an available SMTP server, and valid to/from addresses.

Running the script with the -SendEmailOnComplete switch trigges the required mandatory parameters: EmailFrom, EmailTo and SMTPServer 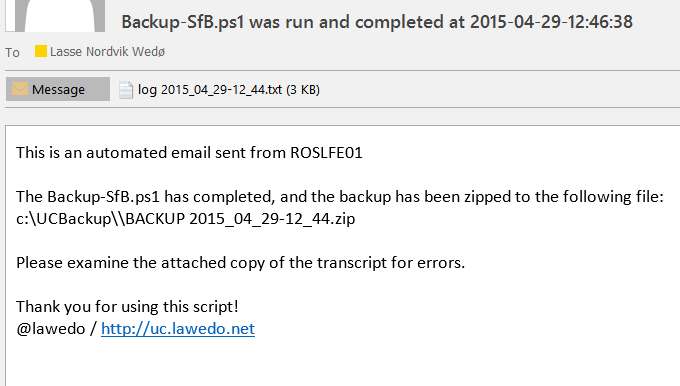 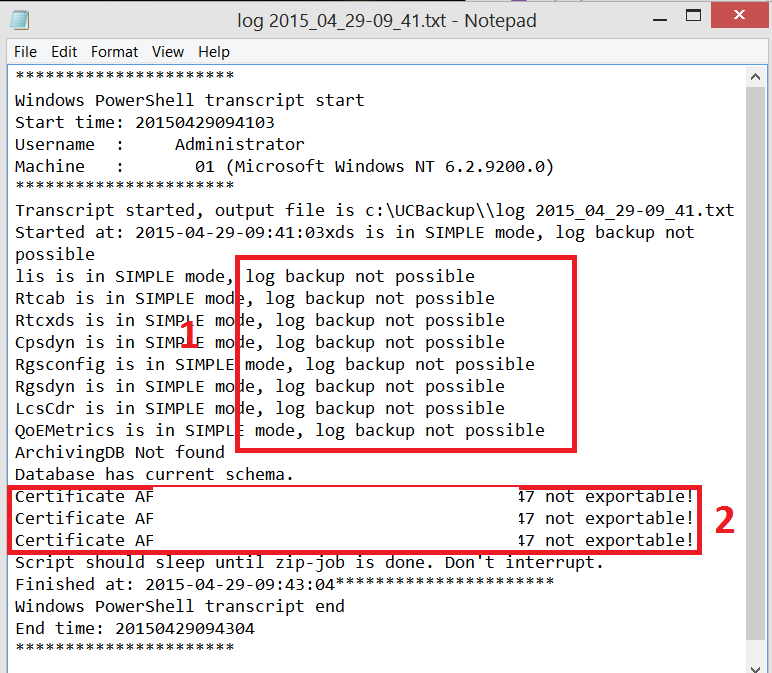 A shortcut to more information
I have included a switch which should launch your preferred browser and take you to my blog, and display the posts with the Backup-SfB tag. Use the -OnlineInfo to invoke

I have a working beta version of the Backup-SfB.ps1 in our own deployment, and awaiting some feedback from other beta testers. So please let me know what you think of these new features, and if there are others you would like to see in an upcoming release. The release will be announced at Ignite ;)
Backup-SfB Lync Server 2010 Lync Server 2013 Skype for business 2015 Skype for business 2019