A new feature is rolling out according to the roadmap: Users can pin apps to the Teams left rail.
This feature will be on by default, and will allow users to pin apps to the left rail. It can be controlled through the same policies admins used to set up apps for their users.
The admin added apps will still be there, but the users may now add, and slightly rearrange the the setup. And I think this is a good combination, allowing users to personalize their setup tailored to their needs.
According to the message in the admin portal, this feature should already be rolling out and be completed by the end of February (this week). 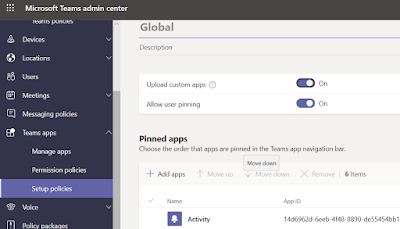