on March 17, 2015
Microsoft released it's much anticipated Skype for Business client preview yesterday (March 16th 2015). And I thought I'd share some first impressions with my followers.

Let's begin with what's not new (and this is slightly important): This release is not a brand new client, but rather an upgrade to any existing Lync 2013 versions. This is stated on the preview signup page and becomes obvious when looking at the "about" section: 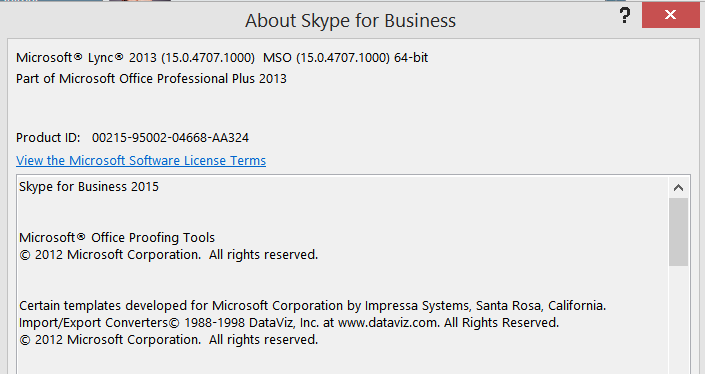 Why is this important? Well it is important to realize this client alone will not bring all the features Skype for Business Server promises to deliver. It is mostly a "skin improvement" to prepare you for what's coming.
I am not going to write a long post about this, as Brian Ricks has already covered it right here: https://www.bricomp.com/blogs/post.cfm/office-2016-skype-for-business-2015-client-preview

But I will share a couple of thoughts on the differences in the new interface I really like.

Let's begin with the main window. The most noticeable change for me was the colors, new layout of icons/buttons and the round thumbnails/photos (as opposed to the square in previous versions). All the expected Lync 2013 features are there. Chat, Persistent Chat, History, Dial-pad, Calender and options.
The main window has clear similarities with the consumer version of Skype. A smart move, I believe, to improve the adoption experience for new Business users. 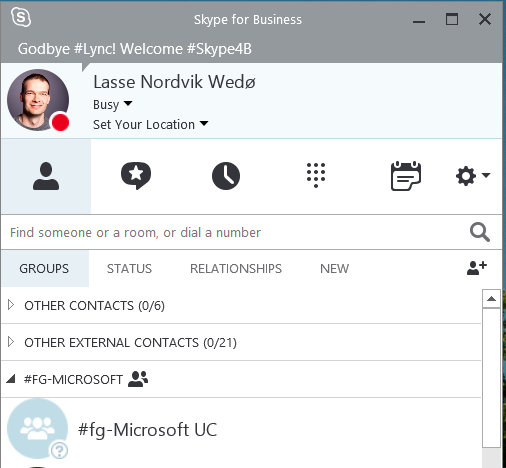 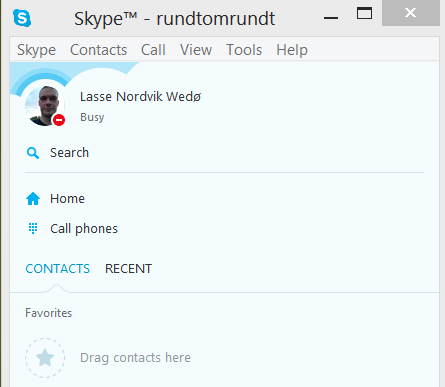 Looking at the chat window, Lync 2013 users will recognize a couple of changes to the layout. It has become more apparent how to 1) invite a new user to the conversation, 2) access the participant list (and it's controls) and 3) escalate to other modalities. And comparing these to the consumer version of Skype, It's easy to recognize the exact same functions, as they now have identical icons. 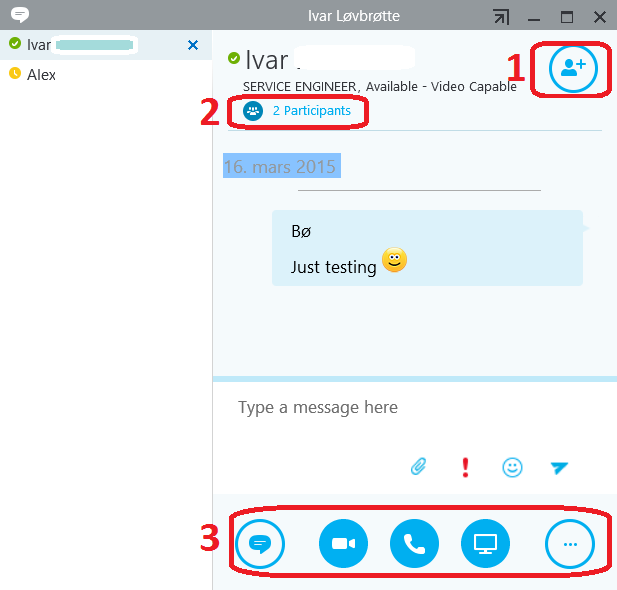 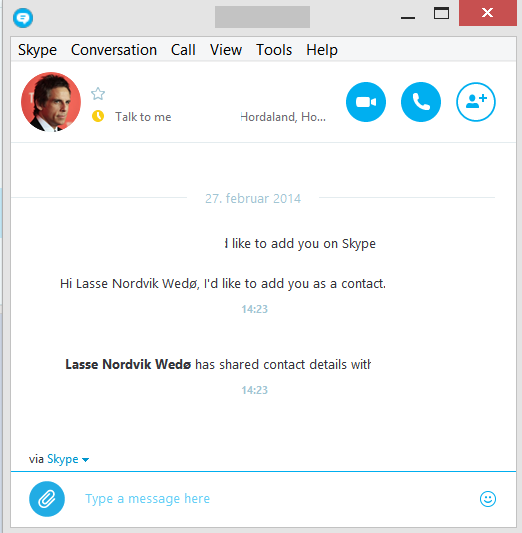 The meeting experience have also been given the same background, color and feel as the Skype for consumers and existing Lync 2013 Mobile interfaces. It has similar icons for navigation, and more or less identical layout and coloring scheme. 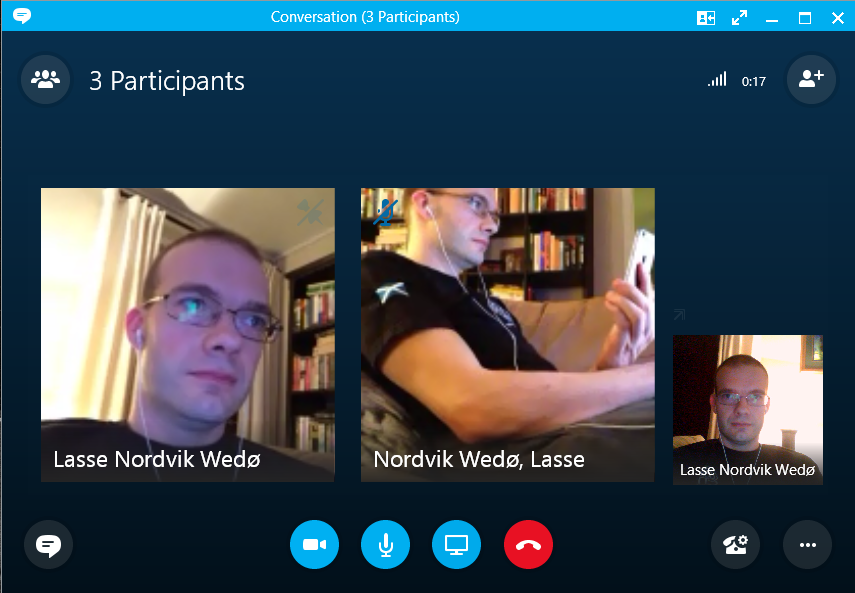 All in all I find this face-lift quite welcome. It really shows what to expect of the final product, which should be shipping later this year. Knowing the client is valid until May 1st 2015, might be a hint on how soon to expect another update (according to the sign-up page).